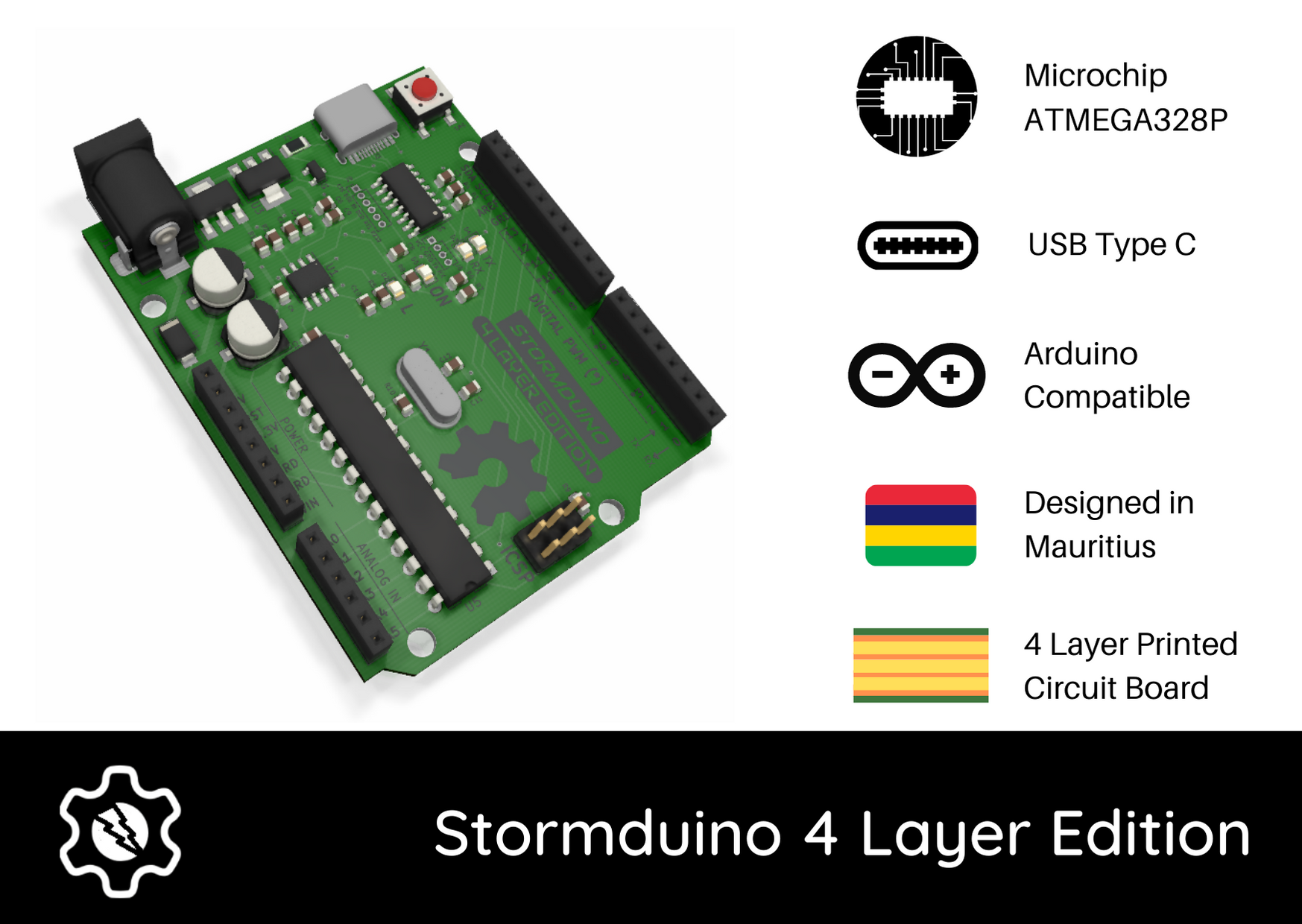 Stormduino is an Arduino UNO clone made in KiCad. The original version was a 2 layer board which you can check out here, https://tecknologg.website/2020/02/02/stormduino-the-arduino-compatible-board-made-in-kicad/

The component layout and most of the circuit layout is pretty much the same but however the board was modified to work with a 4 Layer PCB. Not only did this potentially reduce the EMF of the board but it made the tracks more visible. Before the art was the silkscreen dodo at the back but this one focuses more on the actual circuit. Interestingly the tracks can still be seen through the silkscreen on board.

Also not everyone was making 4 Layer Arduino UNO clone boards so I though this would be a pretty interesting idea to try out. In the future 4 Layer PCBs will be used to design much more complex boards which will of course be open source and kick ass 😉

Another thing to mention is that this board is using a version of KiBuzzard which I forked and modified to make it work with the audiowide font which kinda looks pretty good. Feel free to have a look at it https://github.com/Chromico/KiBuzzard 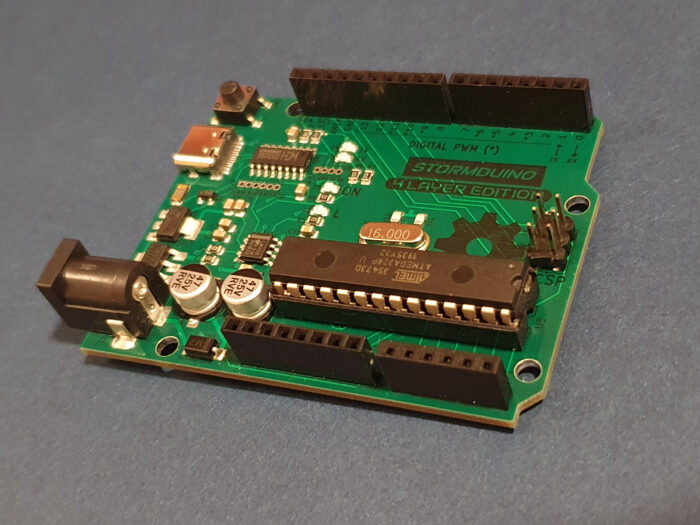 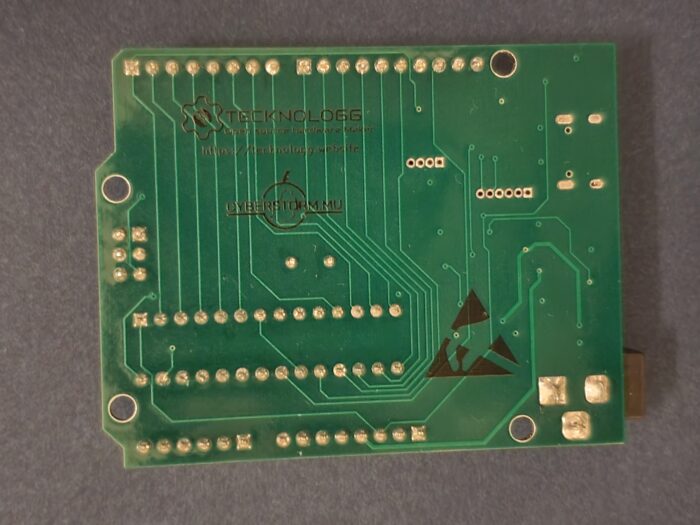 Type what you’re looking for here

Support me on Ko-fi :D